Plesk narrowed down the list of supported operating systems 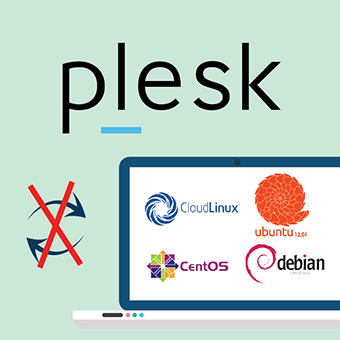 According to the Plesk lifecycle policy, Plesk only provides software patches and assistance for instances running on supported operating systems. However, Plesk has also been releasing updates (including PHP version updates) for Plesk instances running on non-supported OSes. They have now announced that this practice will be coming to an end.

We would like to inform you that, effectively from December 10th, Plesk instances running on certain unsupported operating systems will no longer receive patches and updates (including PHP version updates). This concerns the following operating systems:

This step will help Plesk to focus on bringing more value to all Plesk users by focusing on supported systems.

If you are running Plesk on one of the operating systems listed above, consider migrating your Plesk server to a supported operating system or performing a dist-upgrade procedure. Please let us know if you need any help with this. Our support team is happy to help you in this case.

If you were not aware yet, Plesk has also started to mark licenses as fraudulent if they are used by multiple IP addresses. Please make sure you are not using the same Plesk license in multiple instances. You can read more about this here.