The new gTLDs: the past 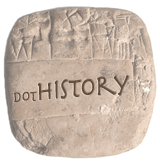 Within the ‘world’ of domain registrars the topic “New gTLDs” is widely spoken of. Slowly but surely this information is seeping to the hosting companies, the corporate world and eventually the consumer. What are these new gTLDs actually?


This blog post is the first in a trilogy concerning the new gTLDs: the past, the present and the future.

Some terminology for general comprehension:

And the new gTLDs? Surprise! There is not much difference in the ‘new’ of new gTLDs, they are just unknown.

The development of gTLDs

ICANN plays a central role in the development of the new gTLDs, even though the oldest gTLDs (e.g. .com, .net and .org) were established in the era before ICANN was founded in 1998.

Shortly afterwards it was clear that there was a need for more gTLDs, and in two rounds new extensions were added to the root zone: .biz, .name and 5 others in 2000, and in 2004 .mobi, .asia and 6 others.

ICANN saw that demand was growing and started developing a plan in 2005 to manage more extensions – many more! This plan was approved in 2008 by the ICANN board of directors and immediately afterwards the first initiatives were taken.

The first round to apply for new gTLDs closed in April 2012, with an unbelievable 1.930 applications, all very diverse; general such as .website and .free (similar to .info), geographic such as .london and .africa (similar to .asia) and community-based such as .art and .kid (similar to .travel). There were also many defensive applications to protect brands such as .philips and .gucci. Within this last group third parties cannot register domains.

In December 2012 ICANN had a raffle of all 1.930 applications and sorted the extensions. Extensions from another alphabet such as Chinese and Arabic were prioritized first. From that moment on it really began…

The new gTLDs: the first steps

In theory it is simple: ICANN assesses the application (lengthy documentation), gives a green light, the contracts are signed, ICANN takes the extension to the root zone and the registry can start registering. The registries who go through this process that easily can consider themselves lucky! There are many delaying factors: errors in the application, double claims, infringement of rights, extensions that may cause confusion, and so forth. The next blog post will cover this and show us where we stand today.

Finally the time had come: the first extension went live. .شبكة (shabaka or ‘web’ in Arabic) started in its Sunrise period on the 31st of October. Okay, the registry cannot help the registrars yet, but that will come right in the following days.

Almost nine years of preparation seems to be coming to an end. The first extension has finally been released, and that still in 2013. Keep your eyes peeled: now that the first step has been made the rest will follow… and soon! Many registries are waiting impatiently for the final ‘green light’ from ICANN.

The next blog post will look at the allocation process: what have the registries been doing these last months and what will they be doing in the next?