Making money on a trademark holder 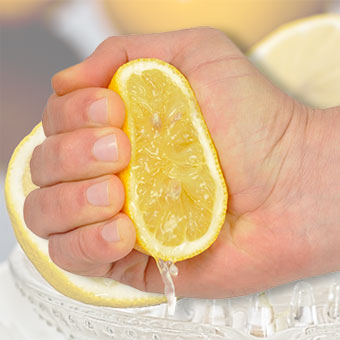 Whatever they do, in many cases the trademark holder has to notify a central entity (the Trademark Clearinghouse or TMCH) about the existence of its trademark. This comes at a price: $229 at Openprovider for a one-year inclusion in the TMCH database.

While this is certainly “making money on a trademark holder”, I think this money is well-spent: ICANN has put a lot of effort into creating a centralized one-off system and each trademark holder should at least think about being included in it. It comes with a couple of privileges, read my previous blog post for more information. The TMCH eliminates the need for each registry to build its own validation system – along with all its related costs.

So what is this blog post about? It’s about methods that are unfair in my opinion.

Registries know the situation that trademark holders are in, and clearly assume – and sometimes claim to know – that those companies have money to spend. For that reason, nearly all registrations in the so-called Sunrise phases are more expensive than regular registrations in a later phase. Why register in Sunrise then? Because it prioritizes trademark holders: only they are eligible during this phase and cybersquatting is nearly impossible.

Although a registry may face slightly higher costs during Sunrise (e.g. for validation fees at the TMCH), a difference of hundreds of dollars can not be explained other than “let’s get the most out of a trademark holder’s vulnerable position.”

I consider the higher Sunrise fees as the first method to make a trademark holder’s life troublesome.

Having said that, I can understand the registries: they have invested a lot of money in their extension(s) and Sunrise is an easy way to get at least some of it returned. So far, so good.

What really got me writing this blog post today, however, is reading a price announcement from .shop. While the wholesale price in General Availability is a fair $24, the Sunrise fee is with $1.000 more than fourty (!) times higher. Apparently this still isn’t sufficient: the registry announces a premium renewal price for Sunrise orders as well, equal to the initial registration: each renewal, year after year, is charged $1.000.

It’s good to know other registries have tried the same approach, but ultimately failed. Famous Four Media was the first one, more recently it was Afilias who communicated it for their .promo extension and if memory serves well, there were one or two other registries with the same plans. In all cases, after complaints from us and probably other registrars, the registries revised their Sunrise pricing and returned to regular renewal prices.

As for today’s announcement: I was prepared. In my first meeting with the registry, the lady already questioned me about their plan. We absolutely discouraged them to go ahead with it. Let’s be honest – not only from a trademark holder’s perspective, but also from our own perspective. How do they envision us to explain to a customer, who tries to transfer a domain 10 years from now, in 2026, that this domain is not priced $24 but $1.000, just because the fact that 10 years ago this domain was once registered in Sunrise? Despite it having been transferred between four different registrars and sold to another registrant in the meantime?

The registry admitted that they had heard similar complaints from other registrars. Last month, at the GDD Summit in Amsterdam, I spoke to the registry again. No change in plans yet, and again I pushed them to re-think about it and not go ahead with this strategy.

Today it became official: the renewal fee for domains that are ordered during Sunrise will cost the full amount of $1.000. Every single year again and again. And yes, I’ve again pushed them hard to change these plans. Maybe it will help this time, I’ll let you know.

Don’t think I’m being purely philanthropic towards the trademark holders: we will also loose revenue and margin because of this decision. Today, before the notification on Sunrise fees reached me, I had calls with a few customers who were interested in Sunrise registrations for .shop. These calls always start with the TMCH requirement. That was all fine: a couple of TMCH orders were already in the pocket. Then, I openly told them about the registry’s plans and those customers were not amused. Tomorrow, I will call them again and inform them about the final Sunrise price plans. What will they do, knowing that each year’s renewal will cost them $1.000? I can’t disagree with them if they lose interest. We may lose several big orders because of this decision and end up with unhappy customers (who luckily understand that it’s not our fault).

We sincerely hope that the registry listens to our request and considers their strategy. How – that’s up to them. Admit that they listen to market demand. Copy another registry that claimed it to be a “typo”. Whatever. You will make a lot of registrars happy and probably end up with a successful Sunrise. I still think .shop is one of the best extensions in the current new gTLD program.