Extension collisions and other delaying factors 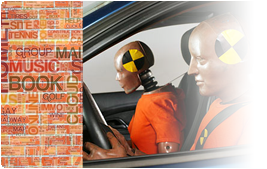 After a couple of blog posts about strategy related topics, I think it’s time again for a bit of a more concrete subject. As more and more extensions become available, including the most promising ones, people start asking us if we already know when their favorite extension will be launched. We don’t always know and we can’t always predict this. It is all related to collisions. Maybe not a term that you would directly relate to our business, but read on – I’ll explain its meaning to you and how it affects you.

Let me start with ‘collision’ in its simplest form: identical string contention sets. As you may remember, more than 1.900 requests (“applications”) to run a new gTLD were submitted by a wide variety of companies and organizations. Looking into more detail, there are just about 1.200 of them which are unique: the other 700 applications are duplicates of others. One example is .app: no less than 13 companies want to make money on that extension, while clearly only one “.app” can exist.

How can a contention set be solved? The most common solutions are exchanging extensions by big multi-TLD registries (“I give you .first if you give me .second”) or via auctions, either private (no public details) or public (via ICANN, including all bids and other details).

But not all contention sets are as easy as described above. For example: ICANN may prioritize one type of application above the other. A good example is a community application – an application that is backed by a community. Examples of such applications are .insurance, .eco, .med and a lot of geographical extensions.

If a contention set contains such a “priority extension”, ICANN first needs to confirm that the requirements for that priority are met. Sometimes it’s easy, sometimes proving ‘community support’ is hard, especially when terms are more generic and interests are high.

A good example is .hotel: a high value extension, and one of the applicants was smart enough to place it as a community application. ICANN has still not decided whether or not this is correct.

Until a decision has been made, all “.hotel” applications will remain ‘on hold’. Finally a decision was made and yes – the ‘community’ label was granted.

In case you wake up now to register your .hotel domain – go back to sleep. There’s more going on.

One of the stakeholders at ICANN are the governments, gathered in the Governmental Advisory Committee, or GAC for short. The French government opposed the business model of .hotel, complaining that it is too open: France (having one of the world’s biggest tourist industries) rather sees a couple of restrictions to the extension, hoping that results in a more trustworthy zone. Handling such a request takes a long time, delaying the assignment of the extension.

Also Germany asked for more research, but for a completely different reason: they claim that .hotel is confusingly similar to .hotels. The investigation of this claim by ICANN further delays the assignment.

Confusion between different terms is called string similarity: two different strings that may be perceived as being similar. That this topic is a complex one can be seen from the contrary decisions taken: .pets resembles .pet too much and .tour is too similar to .tours. The same applies for .sports and .sport. Whereas .car and .cars can reside next to each other without a problem!

Another category of string similarity is the visual similarity of two extensions. An example of this, falling back again to the “hotel” case, is .hotels versus .hoteis – the Portuguese translation. Indeed, somebody malicious may play a bit with upper- and lowercase and nobody can see the difference.

As you can see, there are many reasons why an extension cannot yet be assigned and launched. As always, Openprovider is on top of it and will notify you about any updates through the newsletter and other means of communication!