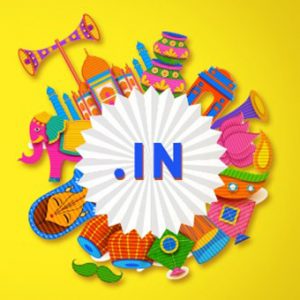 .in is India’s top-level domain on the Internet. Like .com, you can use .in for email, websites and many other applications. But unlike other domains, .in is a unique symbol of the country of India and its role in the world.

This promotion on the .in domain is valid from November 1st until November 30th 2017, and only for new registrations of 1 year. You can enjoy a price drop from INR 413 to INR 236, which is almost two times cheaper. This .in domain promotion only applies to our Members.

With 1.39 billion inhabitants, India is one of the most populous countries in the world. Approximately 624 million of these inhabitants are users of the Internet. This number equals 45% of the total population. There are also 448 million distinct social media profiles in the country. As the Internet expands across India, the number of Internet users is only expected to grow. Reports predict India to have 900 million active Internet users by 2025. Many current Indian Internet users live in urban areas, but future internet penetration is likely to increase the fastest in rural areas.  So, this means that the amount of .in domain registrations is very likely to keep increasing. Start accessing the Indian market today by benefitting from this unique .in domain promotion!